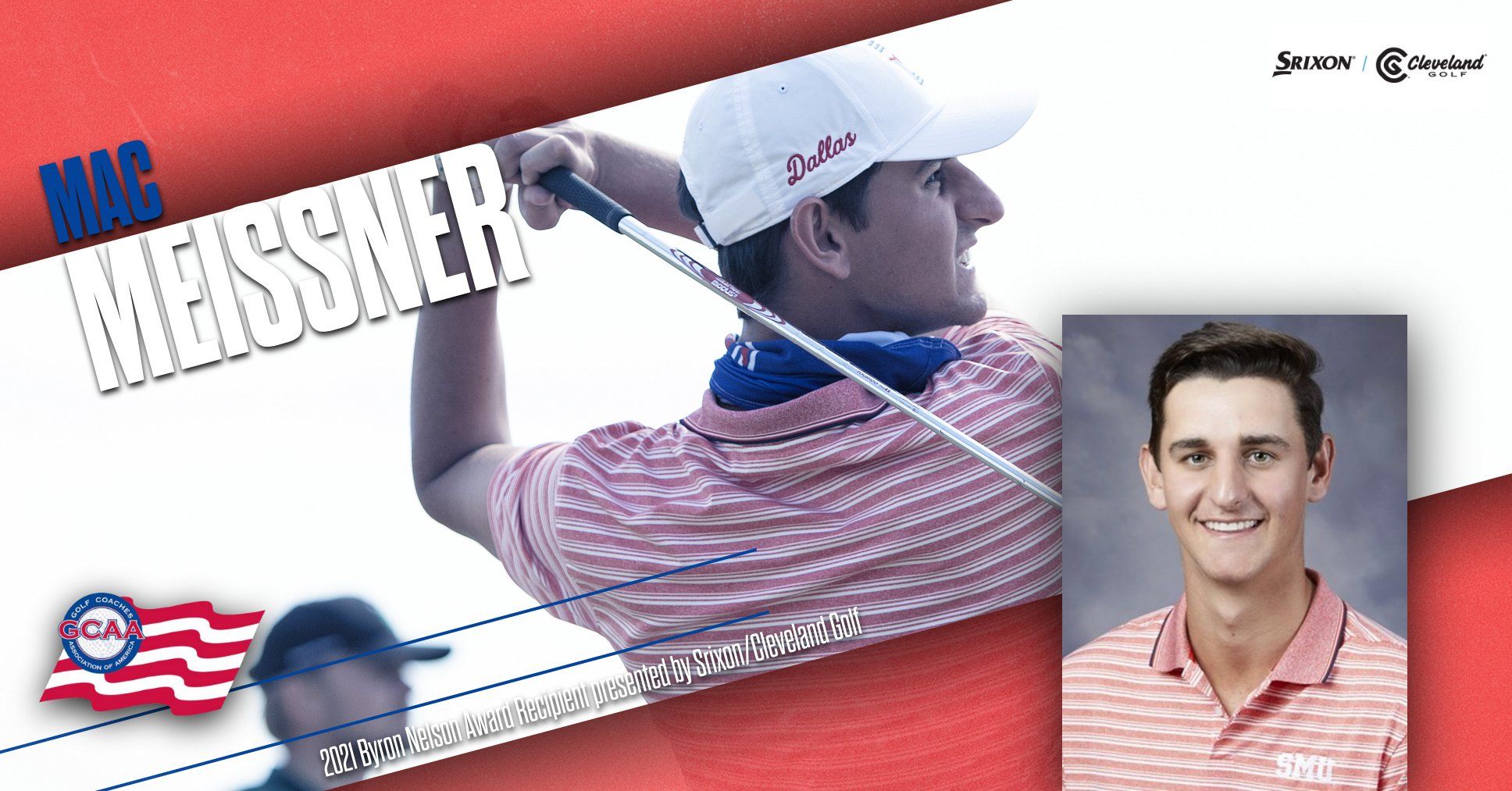 NORMAN, Okla. —McClure Meissner of SMU has been named recipient of the 2021 Byron Nelson Award presented by Srixon/Cleveland Golf, in cooperation with the Salesmanship Club of Dallas and the Golf Coaches Association of America.

Candidates for the Nelson Award must be a graduating senior and the selection committee considers equally a nominee’s entire collegiate academic and golf career as well as his character and integrity while in college. Particular consideration will be given to a nominee’s good citizenship, as portrayed by Mr. Byron Nelson over the course of his life and golf career.

“McClure’s success on the golf course, in the classroom, and in his local community represents excellence in all phases of the student-athlete. He joins an outstanding group of former Byron Nelson Award recipients who continue to succeed in many endeavors, including the PGA Tour,” continued Dunphy. “We wish McClure Meissner the best on his journey and are proud he will be representing collegiate golf’s finest award going forward.”

Meissner, a native San Antonio, Texas, capped his SMU career with a scoring average of 71.24 and holds the school single season scoring record. The senior was a two-time PING All-Region and two-time PING All-America selection, as well as a CoSIDA Academic All-America Second Team and All-District honoree.

Off the golf course, Meissner has served his community by volunteering at Brother Bill’s Helping Hand, the College Golf Fellowship, as well as the Watermark Church.

As recipient of the Byron Nelson Award presented by Srixon/Cleveland Golf, Meissner will receive and exemption to play in the 2022 AT&T Byron Nelson at TPC Craig Ranch in McKinney, TX.