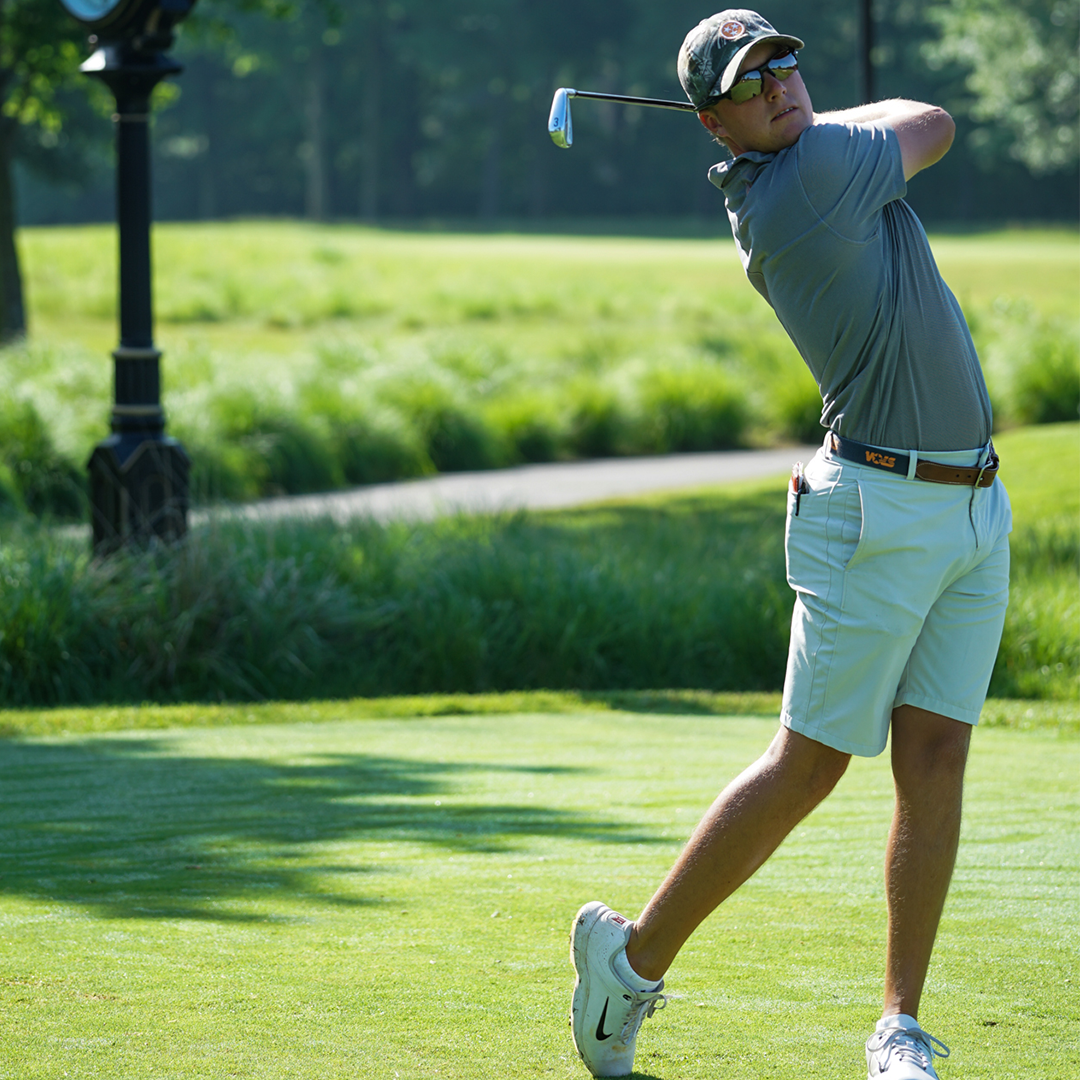 NOTRE DAME, INDIANA - Round Two of The Clover Classic hosted by The Warren Golf Course at Notre Dame came with extreme heat and humidity as temperatures reached the upper 90’s with a heat index near 110 degrees.

After 36 holes of golf, Cade Russell, from the University of Tennessee, holds the lead at 5-under par. He shot a 2-under, 69 in the second round. He finished his day with birdie on 16, an eagle on 17, and a par on 18 to push him into first place heading into the final round on Wednesday. As he made the turn to the back-nine, Russell was 1-under thru nine and bogey free. After making a double bogey on the 10th  hole, Russell managed to fight back as the afternoon continued.

“Same things as yesterday (were going well). I was driving it well and not really making any mistakes. The highlight of the day was being able to get over my hiccup (double bogey on 10th) and step up on the 11th tee, hit a good ball, and get out of there with three,” said Russell after his round on Tuesday.

Russell will tee off on Wednesday, the final round, with a one stroke lead against the field but his mentality on the golf course will not change.

“Just the same thing (as the past two days). Doing my deal, just staying patient, and let this chips fall where they may,” Russell said.

William McDonald shot back-to-back rounds of 69, and finds himself in 2nd place, one shot back of the lead as he enters the final round. He’ll be in the final paring with Cade Russell and Josh Hebrink.

Three Tennessee Volunteers – Lance Simpson, Evan Woolsey-Reed, and Jake Hall – had the day’s best score, a 3-under, 68. All three are in the inside the Top 10 heading into the final round on Wednesday.

Despite shooting 3-under in the second round, Evan Woolsey-Reed was 4-over early in the morning on Tuesday. He bogeyed the 2nd hole but then would go on to birdie holes five, six, eight and tens to shoot a 68.

“I just stayed in the moment, just kept trusting my process, something I talked about with Coach (Webb), and just enjoy it out there with the guys,” said Woolsey-Reed after his round on Tuesday. “I just trusted my stroke, trusted the process in getting it close, having good looks and gave myself goof opportunities,” he said.

A champion will be crowned on Wednesday. CLICK HERE for the full leaderboard and final round pairings.