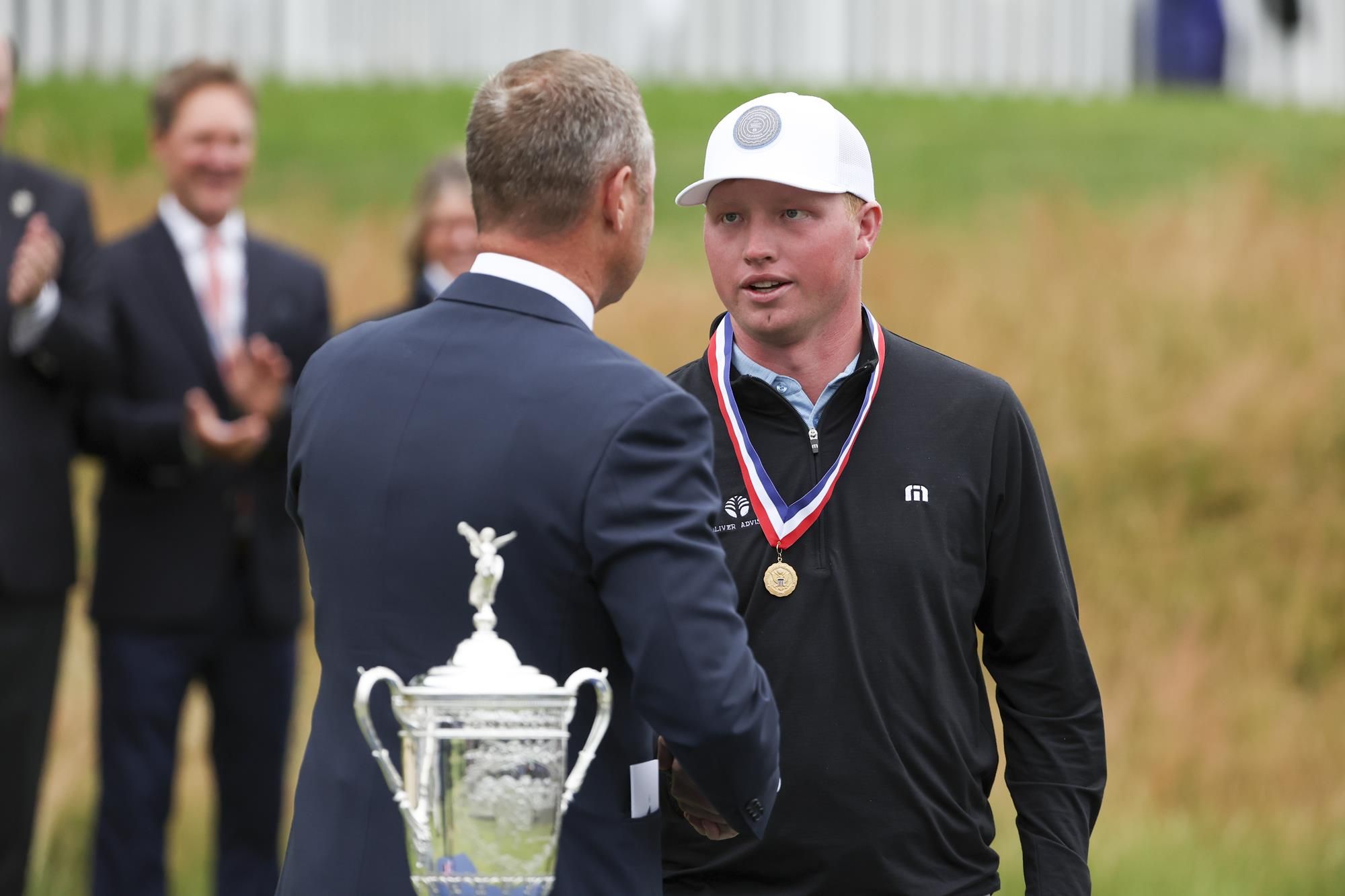 NORMAN, Okla. – The 2022 Arnold Palmer Cup, a Ryder Cup-style competition featuring 48 of the best collegiate golfers in the world, will be hosted by Golf Club de Genève and played July 1-3.

Sam Bennett of Texas A&M, Fred Biondi of Florida, Adrien Dumont de Chassart of Illinois, Michael Thorbjornsen of Stanford, and Travis Vick of Texas were among the 11 collegiate golfers participating in the 2022 U.S. Open at The Country Club in Brookline, Massachusetts.

Bennett and Vick, who fired a 1-under-par 69 on Friday afternoon to climb into a tie for 16th place after the second round, made the cut. Vick, who posted a 36-hole total of 1-under-par 139 (70-69) and just four strokes off the lead, finished as the low amateur in the field.

Thorbjornsen also shot a 1-under-par 69 on Friday but missed the cut.

It’s been quite the couple months for Vick. The PING Second-Team All-American led Texas with a 70.84 stroke average this season and recorded a 2-1 record in 2022 NCAA Championship Match Play, including the championship-clinching point.

For more information about the Palmer Cup, visit arnoldpalmercup.com.