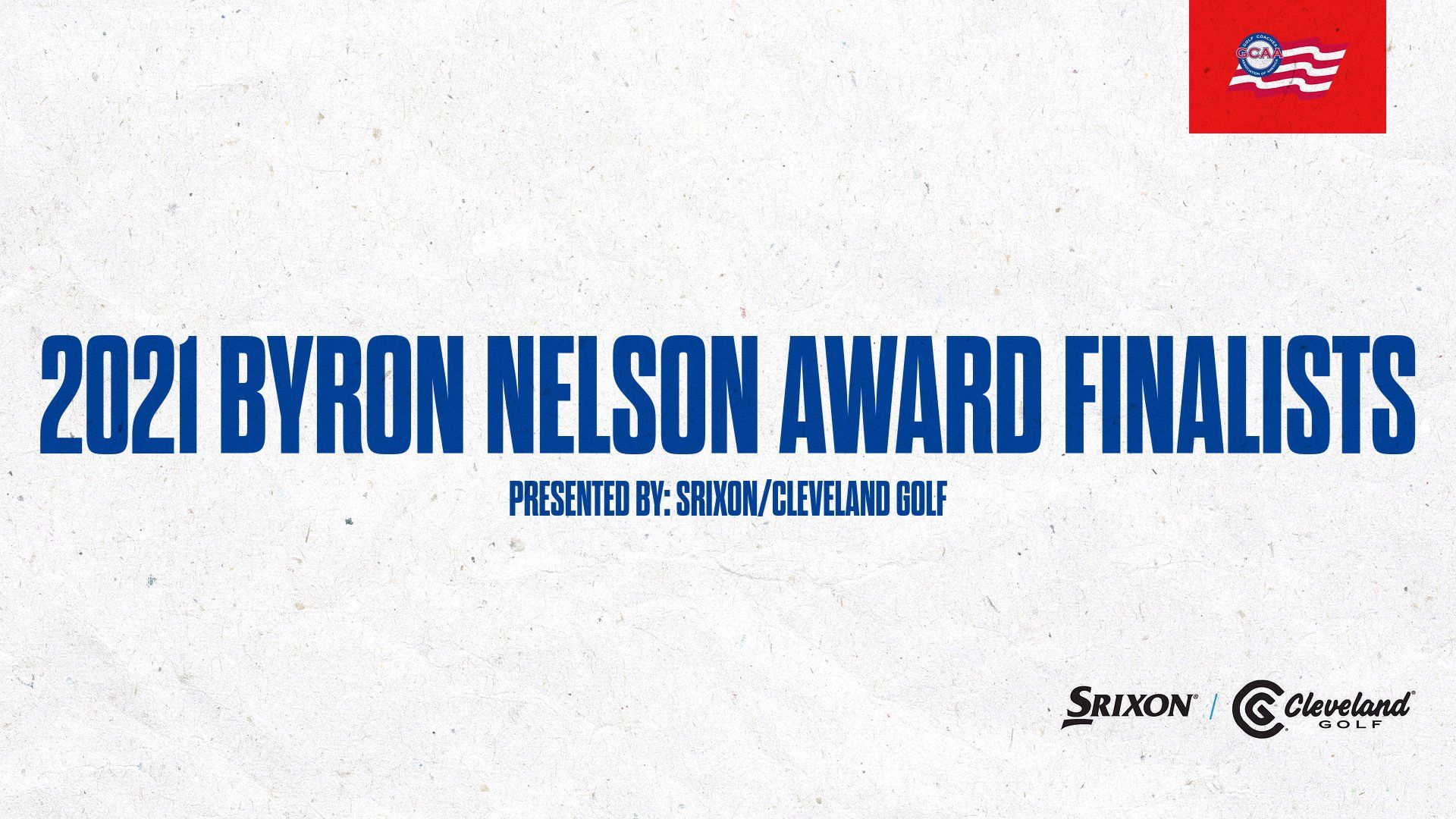 NORMAN, Okla. —The GCAA has announced finalists for the 2021 Byron Nelson Award presented by Srixon/Cleveland Golf, in with cooperation the Salesmanship Club of Dallas. The finalists are Colin Kober of Baylor, McClure Meissner of Southern Methodist, Davis Thompson of Georgia, and Andrew Walker of Michigan State.

Candidates for the Nelson Award must be a graduating senior and the selection committee considers equally a nominee’s entire collegiate academic and golf career as well as his character and integrity while in college. Particular consideration will be given to a nominee’s good citizenship, as portrayed by Mr. Byron Nelson over the course of his life and golf career.

A native of Southlake, Texas, Kober has a career scoring average of 73.09 over his five seasons at Baylor, good for the 11th best mark in Baylor history. Kober was a 2020 Srixon/Cleveland Golf All-America Scholar, the 2019 Big-12 Men’s Golf Scholar-Athlete of the year and was the 2018 and 2019 NCAA Elite 90 Award winner. Kober also frequently served his community by volunteering as a Freerice Digital Volunteer, a Bookshare Volunteer, as well as delivering food for the COVID Food Delivery for elderly and at-risk neighbors.

Meissner, a native San Antonio, Texas, capped his SMU career with a scoring average of 71.24 and holds the school single season scoring record. The senior was a two-time PING All-Region and two-time PING All-America selection, as well as a CoSIDA Academic All-America Second Team and All-District honoree. During his time at SMU, Meissner has served his community by volunteering at Brother Bill’s Helping Hand, the College Golf Fellowship, as well as the Watermark Church.

A native of Auburn, Alabama, Thompson posted a career scoring average of 71.16. The senior was a two-time PING All-Region selection and two-time PING All-America selection, earning First Team honors in 2020. Off the golf course Thompson was a recipient of the Ramsey Scholarship for Academic & Athletic Excellence, as well as being chosen as the Joel Evans Award recipient given to the Georgia student-athlete with the highest GPA entering his senior year academically. In his community, Thompson served at the 2020-21 Hunger Bowl, Food2Kids Snack Drive, as well as the local First Tee program.

Walker, a native of Battle Creek, Michigan, holds a career scoring average of 73.8 and has finished in the top-15 in three of his six tournaments played in 2020-21. Walker is a two-time Academic All-Big Ten selection as well as being named a Big Ten Distinguished Scholar selection in 2019-20. Walker frequently serves his community at the MSU Student Athlete Food Drive, MSU Hockey Chuck-a-Puck, as well as First Tee program in Battle Creek where he led practices, drills, and learning sessions in hope to grow the game of golf in the local community.