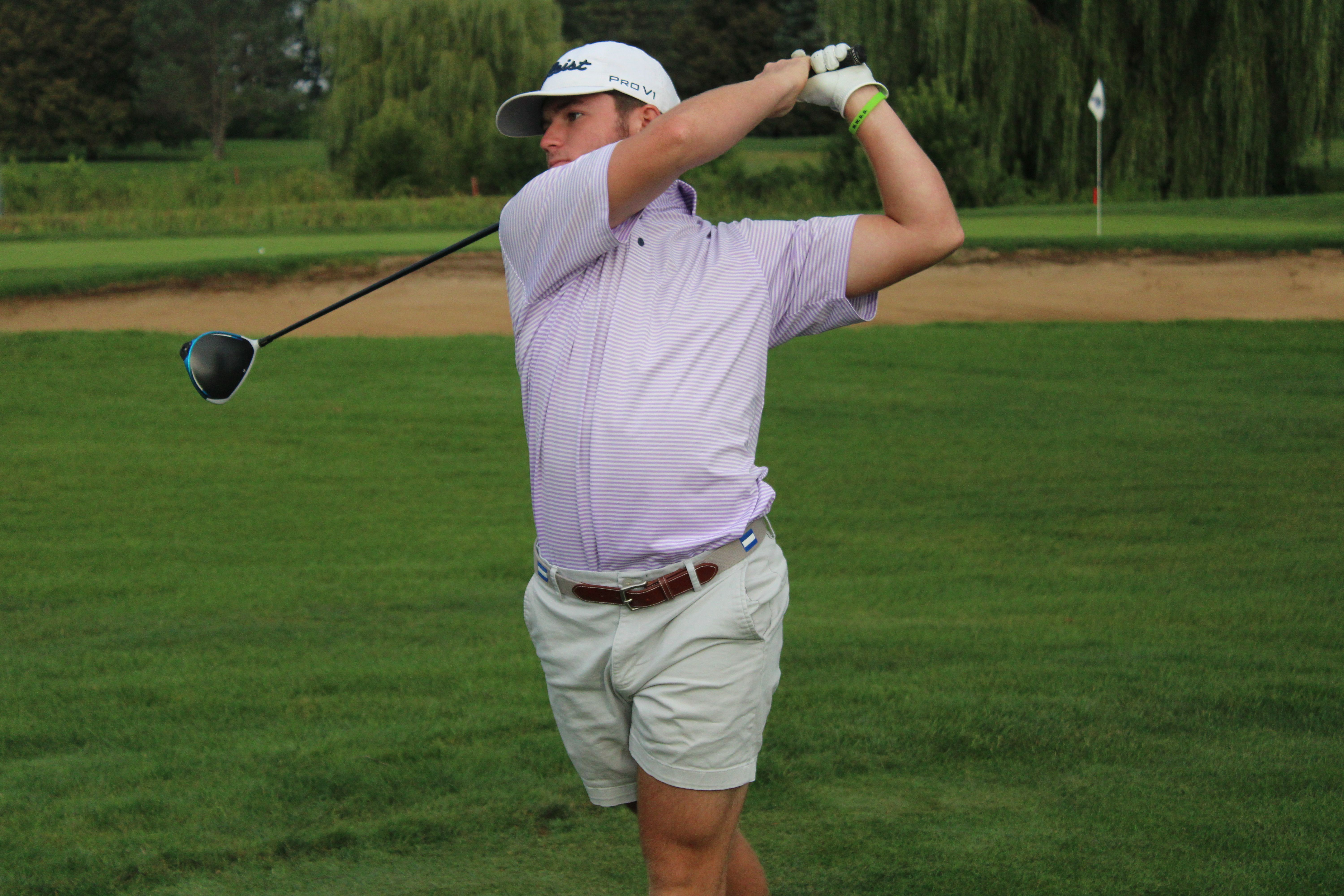 State College, PA- Conditions have been ideal over the past 48 hours for the first two rounds of the GCAA Summer Series, presented by the John T. Reis Foundation at the Penn State Golf Course.

A.J. Shaffer, from UNC Charlotte, who was tied for first after he shot a 74 in his opening round, shot two under 70 on Wednesday, took a commanding three shot lead over the field.

Despite starting his round 2-over thru four holes, Shaffer bounced back nicely with five birdies on his card along with an eagle on the par 5 ninth hole.

“Those aren’t the two easiest holes (3 and 4) on the course. I got the putter going and made some birdies.”

Shaffer took advantage of the par 5’s on Wednesday. He was a combined five under on the four par 5’s with three birdies and the aforementioned eagle.

“Hit drives into the fairways. Hit irons into the greens. (I) was able to capitalize very nice,” Shaffer said.

Yannick Artigolle from Northwestern shot an even par 73 and is alone in second place at 3 over. Andrew Ferguson from Penn State Altoona shot a second consecutive 74 and is four back of Shaffer going into the final round tomorrow.

For final round tee times and LIVE scoring, CLICK HERE.