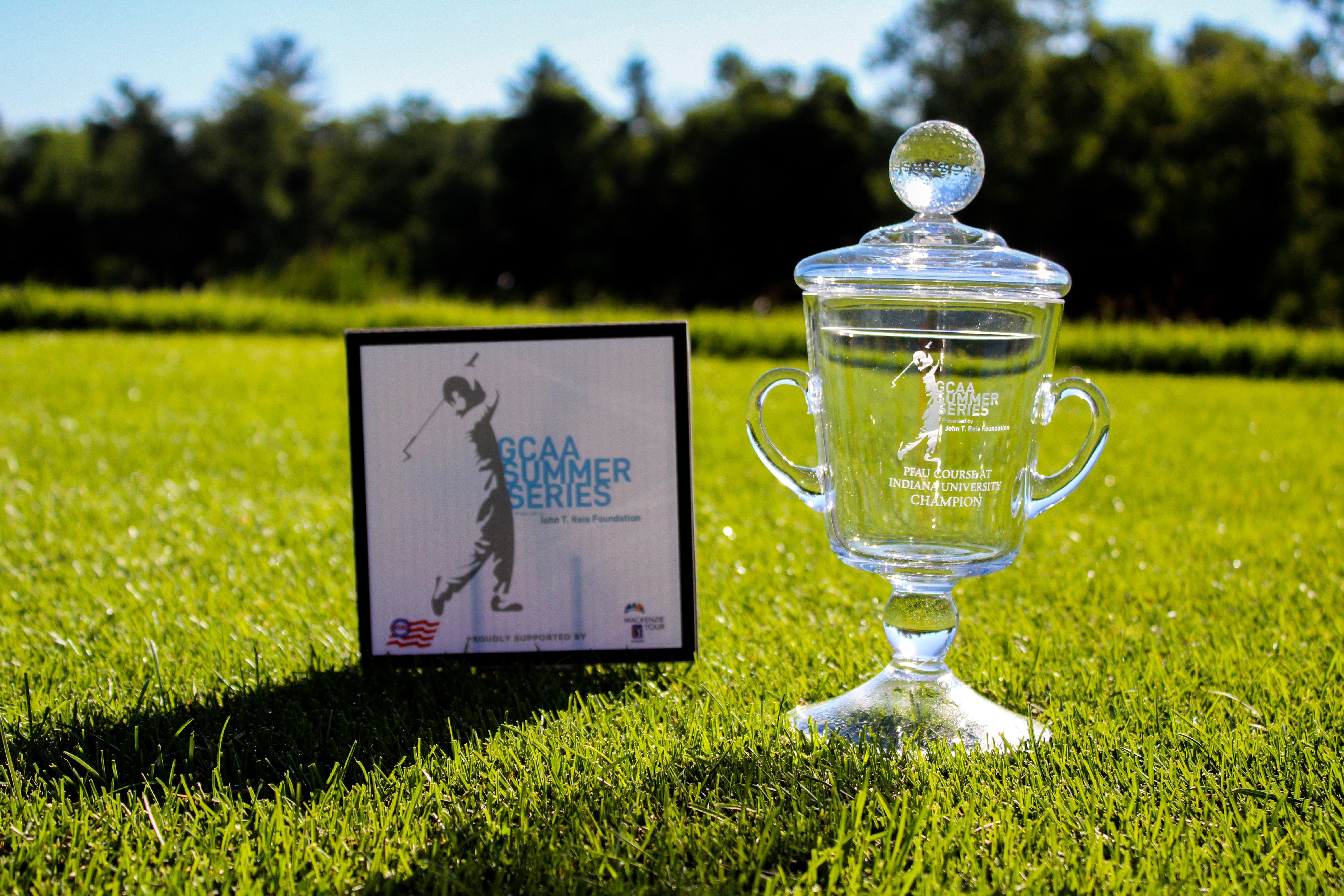 After 54 holes of golf, David Nyfjall, from Northwestern University, lifted the trophy at the first event of the GCAA Summer Series Presented by the John T. Reis Foundation, hosted by The Pfau Course at Indiana University.

Nyjfall entered the final round one shot back of 36-hole leader, Mitch Davis, from Indiana University. On the par 5 ninth hole) Nyfjall sunk a 25 foot birdie putt, giving the Wildcat a 2-shot lead heading into the back nine.

“I wasn’t really expecting to make a birdie there, having been in the bunker off the tee and having to lay up, but sometimes they drop in and I was happy to see that,” David Nyfjall said following the trophy ceremony on Wednesday.

Isaiah Jackson, whose birthday was Wednesday, celebrated with a hole-in-one on the 148 yard par three 17th hole  . In the very next group, Will Rieck sunk a hole-in-one as well, making it back-to-back eagles on 17.

“We had three really good shots (in my group) into the green and when we get up to the green, we only saw two balls. I was like, man I probably hit it over the back of the green or something. So, I just go look at the cup to check and it was in the hole… it felt pretty good as a birthday present to have my first hole-in-one,” Isaiah Jackson said after his final round on Wednesday.

The Pfau Course played difficult for the players this week, including the players who had played it before. Isaiah Jackson played the course back in the Spring with the University of Memphis..

He said, “it was different, the rough wasn’t as thick (in the spring) and you could miss fairways and get away with it.”

All in all, it was a fantastic first event for the GCAA Summer Series. There are nine more events on the Summer Series and players can still register for all nine events at www.collegiategolf.com/summer-series..