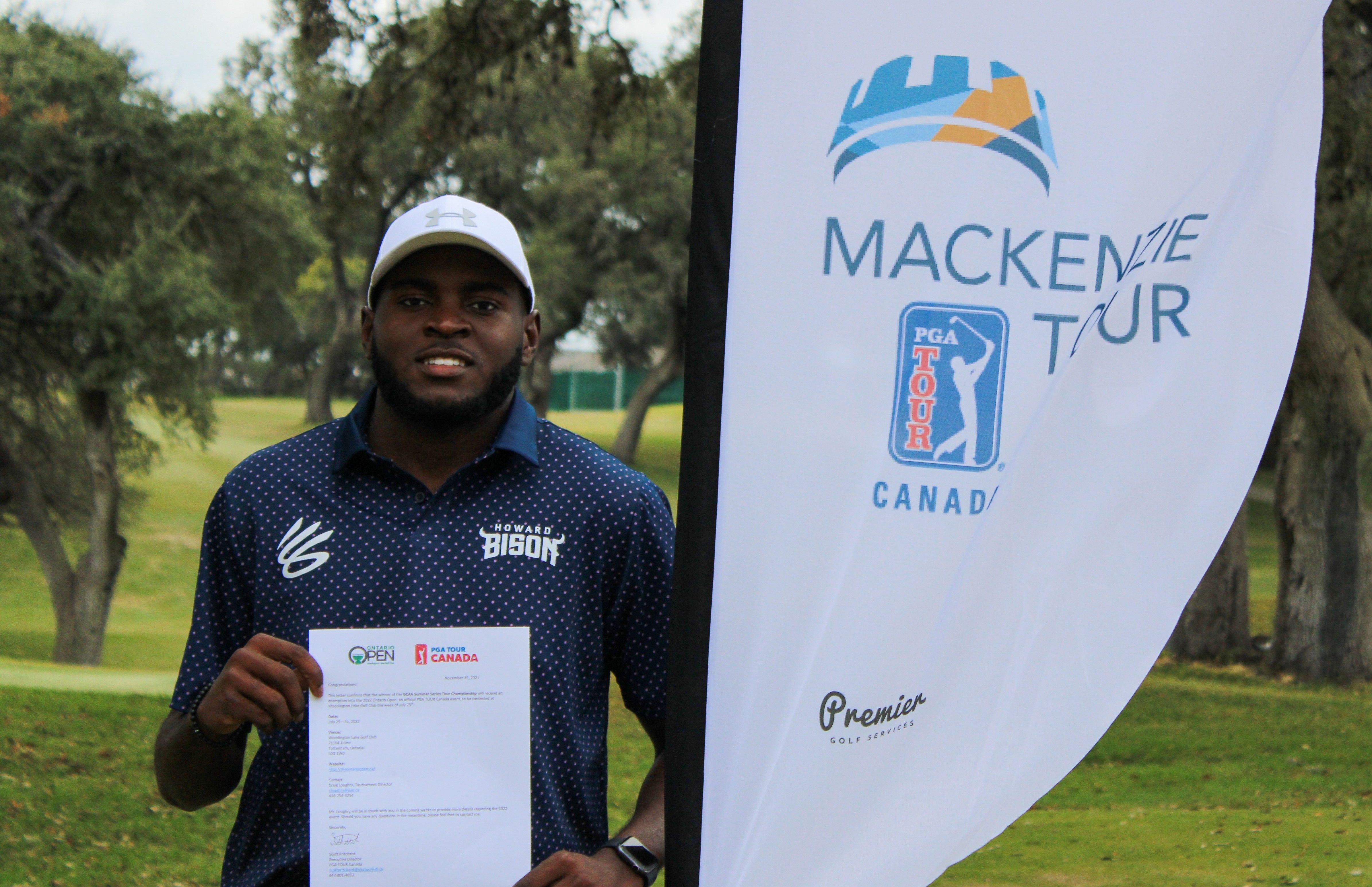 SAN ANTONIO, Texas - Oak Hills Country Club member Colby Harwell cruised to victory today, shooting a 2-under 69 and to win by six shots over club member Andres Acevedo. However, the real story came from Gregory Odom Jr., the senior from Howard University, who also shot a 2-under 69 to come from behind and earn an exemption into the 2022 Ontario Open, a Mackenzie Tour-PGA Tour Canada event.

Odom Jr. started the week shooting a 3-over 74 and finishing Monday tied for 13th. In Round 2, Odom Jr. tied the low score of the day with a 1-under 71, going three under on the last five holes. Heading into Wednesday, Odom Jr. sat in sixth place at 2-over par and four shots behind Blake Brothers, the then-leader from the Summer Series.

On the front nine, Odom Jr. birdied the first hole but bogeyed the seventh and ninth to make the turn at one over. However, Brothers bogeyed holes 2, 5 and 7, yielding two shots to Odom Jr. After an additional bogey by Brothers on hole 11, Odom Jr. entered the par-4 14th hole only one shot down. He drained an 8-foot birdie putt while Brothers failed to get up and down for par on 14.

He birdied the 15th hole and scrambled for par on 16 to remain at 1-over par. Brothers also birdied 15 but bogeyed 16 to drop another shot and go two down with two to play.

Odom Jr. sealed his victory with a dagger 10-foot birdie putt on 17. Brothers parred 17, and both men parred 18 to give Odom Jr. the 3-shot edge.

“It feels amazing. Starting the day, I knew I was kind of out of it, really, since the leader was really low. But I just stuck with it today and just tried to grind it out.” Odom Jr. said after his round.

As the low amateur from the GCAA Summer Series, Odom Jr. will be able to compete in the 2022 Ontario Open at Woodington Lake Golf Club.