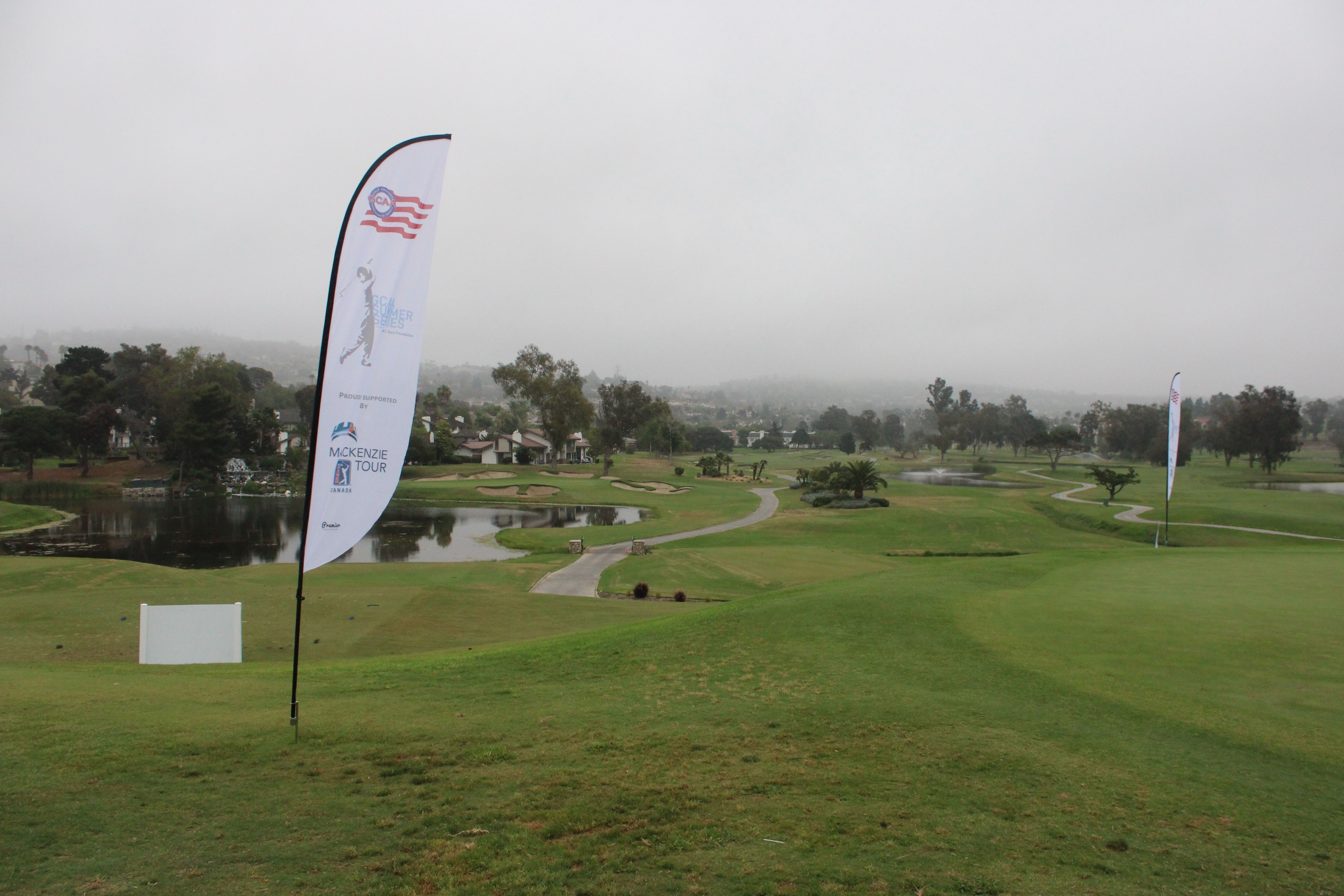 Brock Goyen, from Brigham Young University, Yihao He, from UC Riverside, and Matthew Moss, from California State University San Marcos, are tied for the lead after shooting 4-under.

Goyen, who was first to tee off Tuesday morning, started off his round 5-under thru 10 holes, thanks to an eagle on the 10th hole. Despite giving three shots back on holes 12 and 13, he dropped two more birdies to card a 4-under 68.

“The biggest thing was keeping myself in play all day. I hit a good number of fairways out there. On the 10th hole, I hit a really good iron shot in there to about 10-15 feet and was able to make eagle. I was just capitalizing on the areas that were good and making sure I didn’t make too big of numbers if I put myself in bad positions,” Goyen said following his round on Tuesday.

Yihao He also got off to a good start on the front-nine on Tuesday, dropping four birdies. He had five birdies overall and just one bogey on his card, giving himself a share of the lead with 36 holes left to play.

Matthew Moss, also tied at 4-under for the lead, struck the ball nicely on Tuesday. He had five birdies on his card, including one on the difficult 18th hole to finish out his round.

“I stripped it all day long. All my birdies were within 10 feet… I just hit five really good iron shots and hit the putts,” Moss said.

Conditions were ideal on Tuesday and are expected to be perfect throughout the rest of the week at La Costa.

For live scoring of the GCAA Summer Series at the Omni La Costa Resort and Spa, visit GolfStat.com.