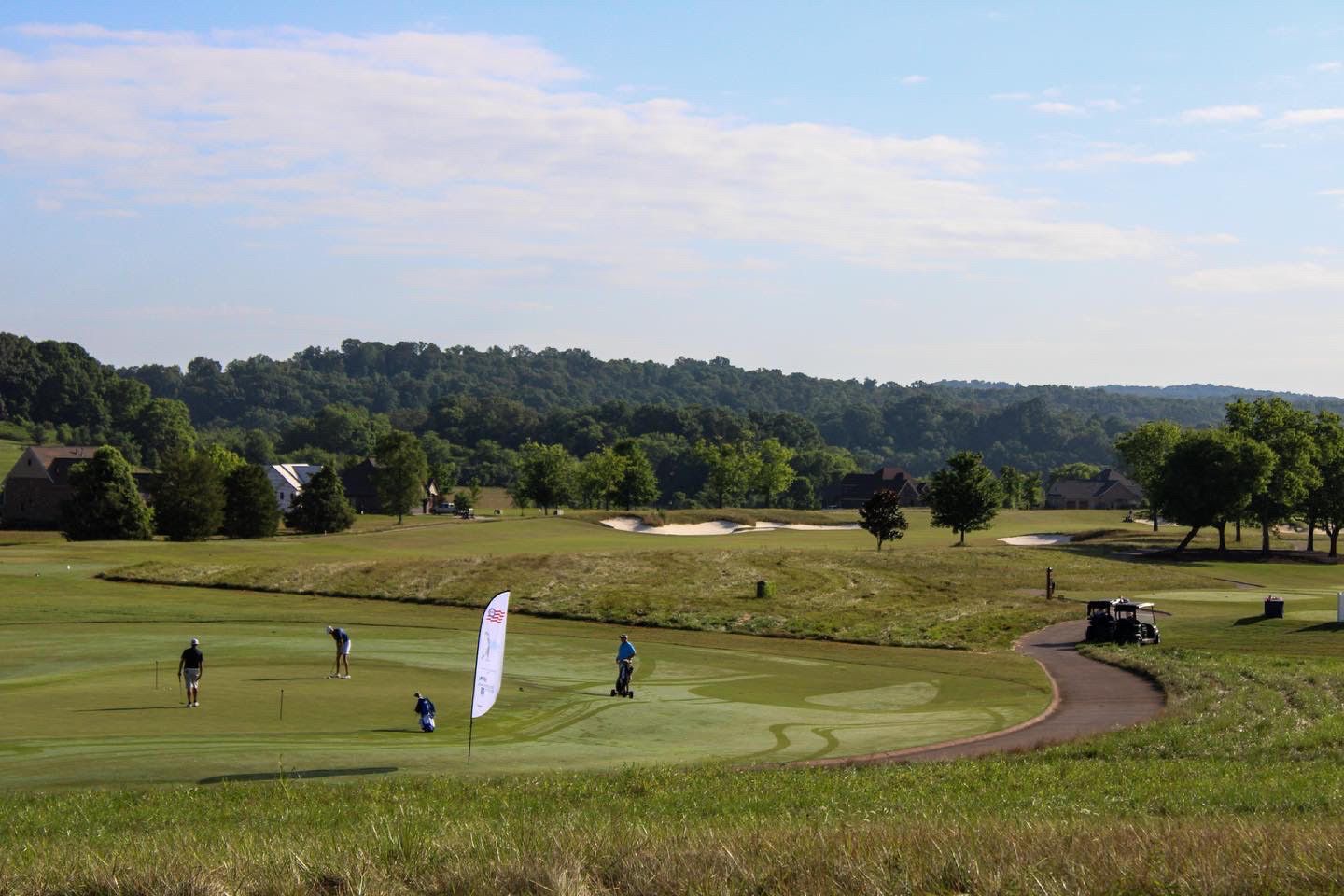 Easthom, who played in the opening tee group this morning, started off his round with four birdies thru first five holes. He finished his round with 9 birdies and 3 bogeys.

Easthom said he was “just hitting a lot of good approach shots, I hit both par 5’s in two (Hole 2 & 4) …then I hit one (approach shot) two, about three feet, on the 5th Hole…I hit the ball really well,”

Luka Karaulic played bogey-free golf in his first round. The Yellow Jacket entered his back nine at two under, then posted three straight birdies on hole 14, 15, and 16 to get to six under for the day.

Tom Jenkins Jr., fr Sonoma State, had six birdies on his way to a five under 67 to sit in third place, one shot ahead of Yannick Artigolle, from Northwestern University, shot a first round 68 and is in fourth.

Ethan Rimmer, from Carson Newman University, shot a three under 68 in his first round, and sits in fifth place on the leaderboard. Rimmer hit a 30+ foot putt for birdie on 398 yard par 4 eighth hole, capping off a spectacular 32 on his front nine.

Full Leaderboard after Round 1

Live scoring is available on GolfStat.