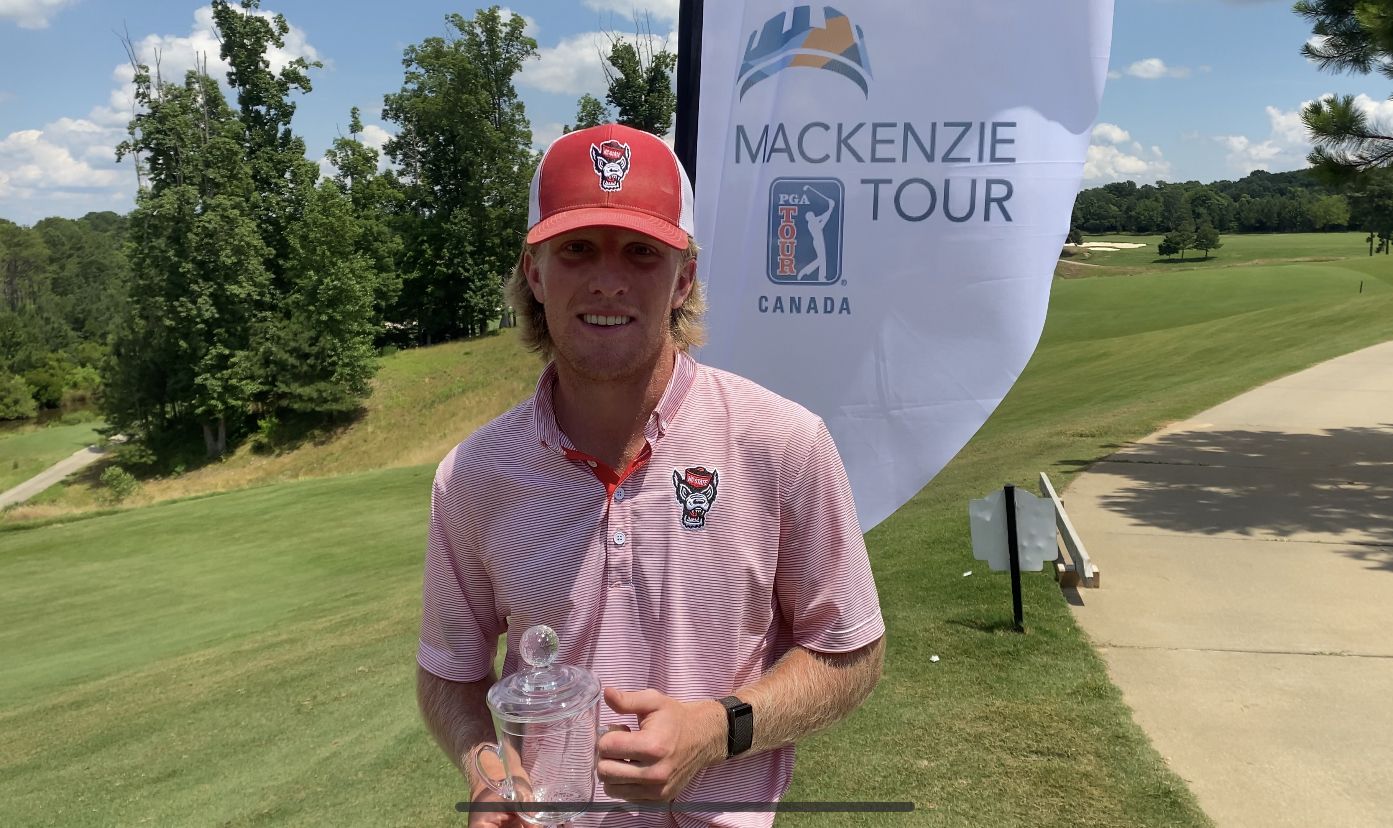 The final round of the GCAA Summer Series at Lonnie Poole Golf Club concluded in Ryder Cup style fashion.

Making up two-thirds of the final pairing, NC State sophomore Carter Graf and Georgia Tech senior Bartley Forrester began the day co-leading at four under par and clear of the field by two. The ACC rivals went back and forth throughout the entire round with eight different lead changes between the two including several two-shot swings.

A bogey on the second hole by Forrester gave Graf an early lead. Graf would then back it up with a birdie of his own on No. 4 to create a two-shot gap. However, with Graf’s wayward tee shot on No. 5 and Forrester laying down a birdie, the two were right back to where they began the day.

The lead would switch hands a few more times between Nos. 6-8. It wasn't until Forrester’s three-putt bogey and Graf’s tap in birdie on No. 9 did Graf make the turn with his second two shot lead of the day.

Quickly flipping the script, Forrester got one shot back on No. 10 and then again on No. 13. Now holding a one stroke lead with five holes to play, Forrester put the pressure back on Graf.

The Wolfpack sophomore answered with a birdie on the very next hole by attacking the difficult par-3 14th, making it anyone's tournament once again.

The pair then stepped up to the par-5 15th, the hardest par-5 on the course. Forrester, flaring his drive into a water hazard, scraped away a par while Graf made an uneventful par to give himself a one-stroke lead with three to play.

“I played alright the first thirteen holes,” Graf told the GCAA. “I mean it was a little shaky here and there, but then the last five holes I played really well. I kind of buckled down.”

16 must have been when Graf tightened up his seatbelt as he put his approach into the 400 yard par-4 to six feet. Knocking it in for his second birdie in three holes, Graf doubled down with yet another birdie on the par-3 17th to take a two-shot lead into the 54th and final hole of the tournament.

Graf and Forrester, along with third place finishers Daulet Tuleubayev and Drew Brockwell, will receive exemptions into the Summer Series Championship at Oak Hills Country Club in November.