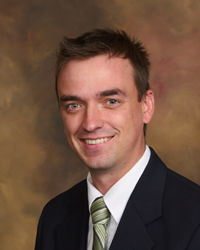 Ryan Klatt joined the GCAA as Director of Operations in October 2007, and recently took over as the Director of Business Affairs in fall of 2018. In his role, Klatt oversees the GCAA budget & finances, operates the GCAA membership programs, as well as the GCAA National Convention. He also operates the GCAA official website - www.collegiategolf.com, GCAA and Arnold Palmer Cup social media, conducts the Bushnell/Golfweek Golf Coaches Polls, and maintains GCAA Corporate Partner relations

Originally from Sioux Falls, S.D., Klatt attended the University of Nebraska where he studied Editorial Journalism beginning in the fall of 1997. While at Nebraska he was a member of the Husker rowing team for four years and served on the coaching staff his final year at the university. It was during this time Klatt realized he wanted to pursue a career in athletics, which led him to pursue a master’s degree in Athletic Administration from the University of Iowa.

While at Iowa Klatt had the opportunity to both teach physical education classes and work in the athletic department. He spent two years working as a graduate assistant in the Athletic Facilities Office at Iowa, supervising a student staff and assisting with the operation of various athletic and non-athletic events. After receiving his master’s degree, he was given the opportunity to stay on at a full-time position at Iowa where he remained for a year-and-a-half before joining the GCAA.

Back to the GCAA Staff Page